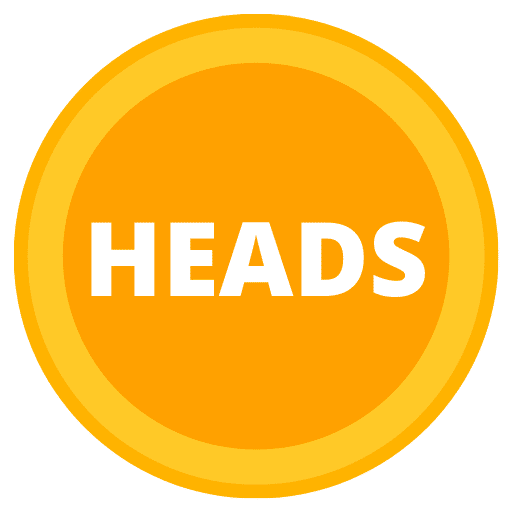 We all know the feeling of flipping a coin to make a decision. It’s a classic way to quickly and easily decide between two options.

With FlipCoinToss, you can do just that! Get heads or tails rapidly.

FlipCoinToss is a web app that allows you to flip a virtual coin to get a random Heads or Tails outcome. You can use it to settle disputes with friends, make decisions, or just have some fun. And best of all, it’s free to use!

So next time you’re struggling to make a decision, don’t reach for a regular old coin. Reach for FlipCoinToss instead!

FlipCoinToss is a free web app that allows you to flip a virtual coin and get a random Heads or Tails outcome.

It’s simple to use – just flip a coin and see which way it lands! This can be useful for making decisions, playing games, or settling bets with friends.

Plus, there’s no need to carry around a real coin or worry about losing it. Try FlipCoinToss today and see how often it comes in handy!

It’s simple, just toss the virtual coin and see which way it lands! Using FlipCoinToss is easy – simply visit the website and click on the first coin you see.

A virtual coin will appear on the screen and flip over to reveal either a Head or Tail. The result is completely random so you never know what you’re going to get!

Keep flipping the coin until you get the result you want.

Some fun ways to use FlipCoinToss

FlipCoinToss isn’t just useful, it’s also great for adding a bit of fun into your day! Here are some ideas:

Use it to make decisions

Whether you can’t decide what to have for dinner or where to go on vacation, let FlipCoinToss help you out!

Sometimes it’s nice to just flip a coin for no reason at all. See how many times in a row you can get Heads or Tails and challenge your friends to beat your score! Yeah, just toss a coin!

The probability of flipping a coin is 50%. This means that if you flip a coin, there is an equal chance that it will land on heads or tails.

The important thing to remember is that over a large number of flips, the ratio of heads to tails will approach 50%.

Flipping a coin can be a fun way to make decisions, but it can also be a way to avoid making difficult choices.

When we are faced with two equally desirable options, flipping a coin can help us to break the tie.

By taking the decision out of our hands, we can avoid feeling guilty or anxious about whichever option we choose.

Coin flipping has been around for centuries and was originally used as a way to decide between two equally undesirable outcomes.

For example, in ancient Rome, prisoners were given the choice of flipping a coin to decide whether they would be set free or executed.

In more recent history, coin flipping has been used to decide everything from sports matches to political elections.

Coin Flipping is a fun and easy way to make decisions. It’s also a great party trick! So next time you can’t decide what to do, why not flip a coin?

Is flipping a coin predictable?

The answer to whether flipping a coin is predictable depends on how you define “predictable.” If you mean can you predict beforehand whether the next flip will be heads or tails, then the answer is no.

It is fair to say that if you flip a coin 100 times, you should expect to get around 50 heads and 50 tails.

This is because the probability of either event happening – heads or tails- is exactly the same. Both events have an equal chance of occurring, so each is given a probability of 1/2.

A researcher at Stanford University has claimed that if a coin is flipped with its head’s side facing up, it will land the same way 51 out of 100 times.

According to math professor Persi Diaconis, the probability of flipping a coin and guessing which side lands up correctly is not really 50-50.

He found that due to the physics involved in flipping a coin, the odds are actually slightly skewed in favor of the person who started with the coin heads up.

Of course, this doesn’t mean that you’ll always win if you start with the coin heads up.

The margin is very small, and in any given flip there’s still a 50/50 chance that the other person will guess correctly.

But over the long run, if you’re flipping a lot of coins, the stats say you should expect to come out ahead about 51 times out of 100.

Is Flip a coin rigged?

A new study has found that the ubiquitous coin toss is not so random after all, and can easily be manipulated to turn up heads, or tails. The study, conducted by a team of Canadian researchers, found that by simply changing the way the coin is tossed, the results can be significantly altered.

That’s why FlipCoinToss helps you do it better using a virtual coin.

Is a coin flip predictable?

The probability of a coin landing either heads or tails is supposedly 50/50, but there are myriad factors that could influence the outcome of a given flip.

While a coin toss is regarded as random, it spins in a predictable way, and there are those who believe that they can use this knowledge to predict which side will face up when the coin comes to rest.

However, this is not the case according to mathematician Diaconis. He has proven that reality is different than what most people assume.

What are the actual odds of a coin flip?

It’s most likely that you’ll get heads somewhere between 47 and 53% of the time if you flip a coin 1000 times.

What are the odds of flipping heads 1000 times in a row?

Based on the information provided, it is not possible to calculate the odds of flipping heads 1000 times in a row.

This is because there is no reasonable chance that 1,000 heads can be flipped in sequence under any realistic scenario. The effective probability is therefore zero.

The question of whether Google coin flip is truly random or not is a difficult one to answer. On the one hand, it seems like it should be random since it is based on chance.

However, on the other hand, the fact that the mechanics of a coin flip are predictable means that it may not be as random as we think.

In the end, it is up to each individual to decide whether they believe Google coin flip is truly random or not.